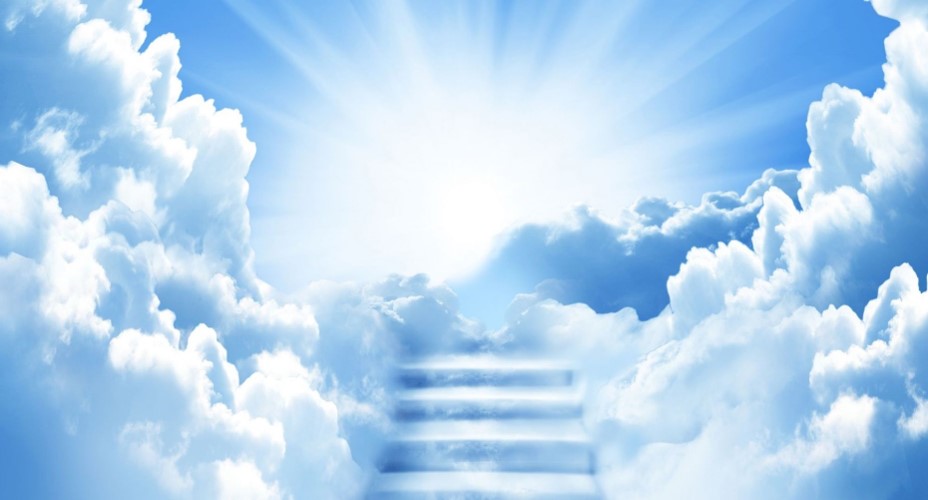 My First Vision of The Lord (Part 1)

I met the Lord just in my final year in the university – in a Spirit filled campus fellowship that was full of young men and women from diverse backgrounds. Both rich and poor. Young and old. A wind of revival (as I will call it) had began to sweep across the land in the late 80’s and early 90’s. Much later I could count and see the industry experts, accomplished professionals from all walks of life; business executives, the “yuppies” all trouping to the Lord. Whao! The Revival of the Holy Spirit had hit Nigeria, especially Lagos!

The Lord mightily saving the souls of men and women, bringing them into His Kingdom. The lives of many were never the same till date. The rest of this revival for another day.

Thus Saith The Lord! What Did They Mean?

I started hearing about the Lord and His Word from my fellow school mates and the ministers of the Word that often came from town to campus to preach at the fellowship. I often wondered at the strange utterances from their lips. At first, I thought they were speaking in their dialects to the Lord until one day when there was a couple of them beside me. I listened attentively to pick the words but they were meaningless to my ordinary ears. Suddenly, it dawned on me that there is something mysterious. Where did they learn it from? How did they know how to pronounce or form each “babbling”? I was confused but more so I felt left out.

It appeared I was one of the very few that could not roll into the “babbling” whenever the whistle went off for prayers. The fact that I didn’t feel among made me jittery and shy. I thought to myself, “That means I am still a sinner. They are holy. God is making only the holy ones to speak to Him”. I was miserable to the point that I felt that part of the speaking would make me stop coming one day because I would not be able to bear the shame of being a sinner that could not babble in that strange language.

Before I gave up on coming, I tried a couple of time to imitate the lines. But it was a disaster. I imitated two or more lines for few seconds, but I could not change the “gear” to speak more lines – my mouth became heavy. Worse off, one of the brothers pacing up and down in prayer beside me, blasting the tongue away effortlessly and with mastery, cast a look at me. I wanted to enter the ground in shame because I felt he had caught me faking it. I would have thought to myself, “You see, God had told him that you are faking it. Now you will be seen as lying”. My mind was so naive and open.

By the way, this would probably be my fourth fellowship with them since I gave my life to Christ. You would wonder, “Would you not pray in English if you couldn’t blast in tongues?” If that is your thought, you really don’t understand how bad it was. For some who had done praying in English at whatever churches before accepting Jesus, it would be easy. At least they could repeat or echo all they ever knew in prayers. I had no clue. I was not from a pagan family – at least I had heard my mother praying several times like a praying machine. Despite that I could not pray in my understanding at those fellowship period. I dreaded prayer meetings because of my inability to speak in tongues. But I continued.

I was hungry to hear the Word because the Word I heard led to my deliverance from brokenhearted-“ness”. Don’t think too far. I wasn’t in love with anyone. I was offended in my father and I didn’t know until the Word of God x-rayed me and I was dazed by the Light of Heaven. And as the pastor was gently ministering on that fateful day in campus fellowship, “Let go and let God”, I began to weep profusely – not mind people beside me. Even my course mate beside me wondered what had happened to me. I could not control the weeping as the preaching was going on – my lips were shaking and I started crying out, “I want you Lord. Come into my life. I give it to you”. I gave my life to Him before the pastor could made the altar call. And I felt peace in my heart like a soothing balm. I knew something had changed in me. I knew it. I walked out at the end of the fellowship feeling light/hollow but with a soothing feeling that “Today, He has heard me and forgiven me. I’m now born again finally”. I was glad that He finally did it for me. I looked at all my school mates as they were all gisting and laughing, I felt “Yes, I’m now born again like them. I’m now part of the family of God”. Joy unspeakable flowed in my heart as I walked back to my hall of residence. Elated and bubbling inside. This happened like three weeks earlier to my speaking in tongue experience.

Back to it, I kept on desiring to be at all fellowship meetings. I would hear many student ministers and even external pastors saying “The Lord said to me now…” or “I hear the Spirit of the Lord saying…” What! Does God speak to man? I puzzled. How come they kee saying, “The Spirit of the Lord is saying…” Does God have preference for who He speaks to? Is He selective? I kept wondering. How does He speak? Like a man? How do they hear Him? What! This interested me more than speaking in tongues. Like Moses turning aside to see the burning bush, I desired this more than speaking in tongues. The quest began.

I had heard many times from my fellowship leaders that we, as Christians, must have a quiet time with the Lord. What does that mean for crying out loud? I asked myself. Despising the shame, I asked a brother close to me during one prayer meeting to tell me what a quiet time meant. He briefly described it as a time you privately devote to worship, praise and commune with God as the Spirit leads you. There we go again with another one – “as the Spirit leads!” How does He lead? Who is the Spirit? As my quest grew more and more, I decided that I must find answers to all these. I was just in love with Him that just saved my heart from hurt. I was too happy. I wanted to know more about Him.

As though He heard me, one of the brothers handed me Dr. Morris Cerullo and Rev. Tunde Joda’s cassettes to listen to. I rushed to my hall and slotted Dr. Morris Cerullo’s tape into my cassette player. This is the beginning of non-returnable journey into His Spirit. I was listening to the Words and adoration of the Spirit of God by Morris Cerullo. The utterances were different. It was like someone under some “spell” – now I know it was the unction of the Holy Spirit. Something in me yearned for that manifestation and operation.

By twelve midnight of that day, I got up from my room, dressed up and walked about 3 kilometres (about 1.8 miles) from my room to the university chapel – the open overflow at the back of the building. I went to seek this God that Morris Cerullo and all my fellowship brothers and sisters kept saying, “The Lord spoke to me…The Spirit of God says this, says that”. Perhaps He may speak to me too. That I may hear Him and be known by Him.

That was my first time ever of trying to observe a “quiet time”. I got there. Everywhere was dark except for few overflow security light. I sat down, stood up, paced up and down, trying to sing few worship songs. I wanted to just “enter the Spirit” as if it is a magic. Now I know better. Back to it. It was as if my mouth had been frozen up. I tried few songs – no flow. I sat down for a while. I stood up again and tried another worship song. I could sing it for a while. I was afraid to change the song. I just continued singing it, shouting it as long as I was feeling great burst inside my heart. I sang it with all my energy, gazing into the sky (as though I was seeing Him) until there was no more strength in me. I felt better and I left at past 2 a.m. to walk back to my room.

I continued doing so for few days either by 12 midnight or as early as 4 a.m but I still could not speak in tongues nor hear Him.

Click here to continue reading “My Vision of The Lord (Part 2)”.

Anchor Foundation is a not-for-profit Christian charity organization and ministry with strong foundation on the Word of God in the Bible, to dissipate charity works to people through gifts, social community services and ministry of the Word of God. That through faith in God’s Words and manifestation of the Holy Spirit, people shall have a lifetime experience with God and be filled with the joy of the Lord in their daily living. That we may impart faith, hope and love of God in the hearts of people as we advance the purposes of God to communities. With the vision to make known the faith, hope and love of God through Charity, the Word of God and the Holy Spirit View all posts by Anchor Foundations

Our Most Read Posts